Osvaldo Hurtado is an Ecuadorian author and politician who served as president of Ecuador from 1981 to 1984. He lives in Quito, Ecuador. 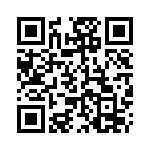