Página 45
What Is Coming In the opinion of Leandro Barozzi , he practically " expected " this to happen , but , he pointed out , in " other terms . He stated that he should like to make his defense before his country's authorities , but he ...
Página 60
The bad roads , they pointed out , are a hindrance to agricultural development , especially bananas , which are easily damaged during transit . They felt that if the roads , especially the feeder roads , were repaired , farmers would be ...
Página 73
He also said that throughout the country over 60,000 fraudulent alterations occurred , inflating the victory of the Liberal Party and he pointed out that the results of the election were " a real surprise " to him . 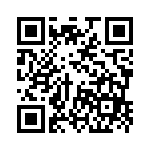