Página 471
... states. authority, with which arbitrary power always blends itself, The re-union
of the kingdoms of Castile and Arragon, as well as the great states which, at the
same time, fell to the kings of Spain, together with the treasures of the Indies,
gave ...
Página 582
... to make, that a very subordinate proportion of the superior advantages in soil
and climate, which the South American enjoys, will suffice to compensate the
better habits. with which the inhabitant of the United States con menced his
career.
Página 592
The cleventli article, respecting the islands, states the Plan ofresigning all those
which belong to the Spaniards, excepting only Cuba, the possession of which is
rendered inoccssary, by the situation of the Havannah commmandin ttie passage
... 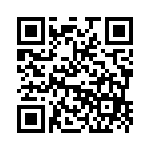