Página 4
The first federal district judge , Miguel Angel Morales Hernandez , reported that
the individuals in custody denied having committed the crime ascribed to them ,
claiming that the slightly more than $ 27,000 and 95 quetzales found on them
were ...
Página 32
Today " , he said , the United Democratic Party has elected representatives in
every district of Belize , whether in the · House of representatives or in the
municipal boards and Councils . We hold 33 of the 51 municipal seats , we have
four of ...
Página 52
Sixty six persons , in After processing , five were held cluding four females , were
held as on charges of malicious destruction police stepped in . i of property in
Hanover district In daybreak raids on Tuesday , violence last week , similar to that
... 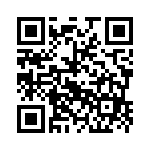