Página 70
When the former presidents walked into the National Auditorium on Wednesday
the 4th ( first Echeverria and then Lopez - Portillo ) , only a few isolated whistles
and shouts of " thief " refreshed memories among the approximately 5,000 ...
Página 71
Once the alliances had been sealed and the high point of the assembly had
passed , Cuauhtemoc Cardenas , the former governor of Michoacan , another
leader of the " democratic current , withdrew to the home of his his father , The ...
Página 72
Two days before , on Monday the 2nd , at the assembly's opening ceremony ,
Gen Alfonso Corona del Rosal , another former PRI leader , former chief of the
Federal District , former governor of Hidalgo , former deputy , former cabinet
secretary ... 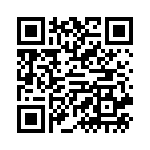