Absolutely wonderful book. I enjoyed it greatly as a 44 year old adult; it rather stuns me that this was written for children (or at least adolescents). The expectations we have for children's education and awareness of the past has certainly plummeted in 80 years.
Towards the very end, Van Loon prognosticates a bit about the world after WWI and Versailles. Sadly, his fears and trepidations are spot on.
I liked this book so much (initially reading much of it on Google Books), I bought a vintage copy for our family's library. This really is how history should be presented to todays' youth. We'd have a much less ignorant society if everything were not dumbed down as it is today.

Página 371 - Government, to take for their sole guide the precepts of that Holy Religion, namely, the precepts of Justice, Christian Charity, and Peace, which, far from being applicable only to private concerns, must have an immediate influence on the councils of Princes, and guide all their steps, as being the only means of consolidating human institutions and remedying their imperfections.
Aparece en 213 libros desde 1806-2008
Página 420 - The way to be comfortable is to make others comfortable : the way to make others comfortable is to appear to love them : the way to appear to love them is to love them in reality.
Aparece en 38 libros desde 1803-2008
Más
Página 466 - Irony and Pity are both of good counsel ; the first with her smiles makes life agreeable, the other sanctifies it to us with her tears. The Irony I invoke is no cruel deity. She mocks neither love nor beauty. She is gentle and kindly disposed. Her mirth disarms anger and it is she teaches us to laugh at rogues and fools whom but for her we might be so weak as to hate.
Aparece en 49 libros desde 1897-2007
Página 371 - Monarchs will remain united by the bonds of a true and indissoluble fraternity, and, considering each other as fellow-countrymen, they will, on all occasions and in all places, lend each other aid and assistance...
Aparece en 162 libros desde 1812-2007
Página 478 - The Story of the Champions of the Round Table," "The Story of Sir Launcelot and His Companions," "The Story of the Grail and the Passing of Arthur," form an incomparable collection for children.
Aparece en 33 libros desde 1887-2007
Página 384 - That we should consider any attempt (on the part of the allied powers) to extend their system to any portion of this hemisphere as dangerous to our peace and safety...
Aparece en 52 libros desde 1824-1999
Página xii - History is the mighty Tower of Experience, which Time has built amidst the endless fields of bygone ages. It is no easy task to reach the top of this ancient structure and get the benefit of the full view. There is no elevator, but young feet are strong and it can be done.
Aparece en 23 libros desde 1895-2007
Página 479 - The Boy's Froissart. Being Sir John Froissart's Chronicles of adventure, battle, and custom in England, France, Spain, etc. edited for boys with an introduction by Sidney Lanier.
Aparece en 48 libros desde 1872-2004
Página 459 - ... the foundation upon which to create a more reasonable and sensible society of human beings. The Great War was the "growing-pain" of this new world. For a long time to come people will write mighty books to prove that this or that or the other person brought about the war. The Socialists will publish volumes in which they will accuse the "capitalists" of having brought about the war for "commercial gain.
Aparece en 6 libros desde 1921-2007
Página 479 - that he who walks in the way these following ballads point, will be manful in necessary fight, fair in trade, loyal in love, generous to the poor, tender in the household, prudent in living, plain in speech, merry upon occasion, simple in behavior, and honest in all things.
Aparece en 29 libros desde 1882-2007
Menos

Hendrik Willem van Loon was born in Rotterdam, the Netherlands on January 14, 1882. He immigrated to the United States in 1902 and attended Cornell University, where he received a bachelor's degree in 1905. After graduating, he became a news correspondent for the Associated Press. He reported from Russia on the Russian Revolution in 1905 and from Belgium during World War I in 1914. He received a Ph.D. from the University of Munich in 1911. His dissertation, The Fall of the Dutch Republic, was published as a book in 1913. He lectured at Cornell University on European History from 1915-1917 and served as the Department Head of Social Sciences at Antioch College, Ohio from 1921-1922. He was an author, historian, and illustrator. His wrote about 40 books during his lifetime including The Rise of the Dutch Kingdom, The Golden Book of the Dutch Navigators, Report to Saint Peter, and The Story of Mankind, which received the Newberry Medal in 1922. During World War II, he broadcast speeches to the Netherlands. For his contributions during the war, Queen Wilhelmina, the Dutch queen, knighted him in 1942. He died on March 11, 1944 at the age of 62. 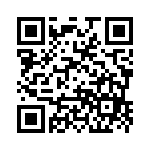