Página 42
Gloomy Prospects CAMACOL noted in its assessment that the situation for 1985
appears to have serious problems , and that the prospects for the construction
industry and the housing plan are " gloomy . " It is estimated that , next year , a
total ...
Página 52
In light industry , the following growth rates were reported : 6.7 percent in thread
production , more than 2 percent in fabric , 3 percent in sheets , 49 percent in
pillowcases , 13.33 percent in underwear , 9 percent in protective clothing , and
20 ...
Página 61
The development of the construction materials industry is maintained , with a
growth rate of 8 percent ; crushed rock will grow by 13 percent , sand by 10
percent , concrete blocks by 19 percent , clay bricks by 7 percent , mosaic tiles by
13 ... 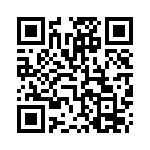