Página 22
[Article by Charmaine Massiah] [Text] THE CARIBBEAN PEOPLE must make
Guyana's freedom. democracy and human ... These parties, along with the
National Democratic Front and the Democratic Labour Movement, on January 9
formed a ...
Página 59
... were the United Revolutionary Front, Democratic Action, the Democratic
Revolutionary Union, the Democratic National Coordinator, the 20 October
Movement, the Humanist Movement of Democratic Integration, and the Populist
Movement.
Página 60
"All domestic political sectors ought to be given a role to play in a pluralist
democracy," he added, "but this should not be ... The people are realizing," he
noted, "that these sorts of individuals, who previously attacked the Christian
Democrats, ... 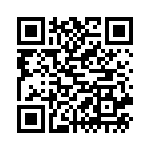