Judy Blume is considered one of the world's best-known writers for young adults. She was born in Elizabeth, New Jersey, in 1938. She earned a degree in education. Blume has written over 20 books. Titles such as "Are You There, God? It's Me Margaret", "Then Again, Maybe I Won't", and "Tales of a Fourth Grade Nothing" are widely recognized. Her books have sold over 50 million copies worldwide and have been translated into more than a dozen languages. Blume has received more than 100 awards. In 1996, she received the American Library Association's Margaret A. Edwards Award for Lifetime Achievement. Her adult titles include "Wifey", "Smart Women", and "Summer Sisters". Young readers have always viewed Blume as someone who is in touch with their feelings. They write thousands of letters to her each year, a number of which were published in her 1986 book, "Letters to Judy: What Your Kids Wish They Could Tell You". Blume currently resides in New York. She has three grown children, speaks out against censorship, and continues to write. 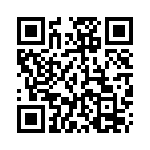