Página 21
Governor Ramon Saadi , whose Achilles tendon was practically broken , had
undergone a successful operation , according to the latest medical report . He is
expected to be released from the hospital in 5 days . Ubaldini , who suffered a
blow ...
Página 67
They are Emilio M. Gonzalez , governor of Nayarit , about 70 ; Alfonso G.
Calderon , former governor of Sinaloa and former secretary of fisheries , also
about 70 ; Joaquin Gamboa Pascoe , secretary general of the FTDF , 65 ; and
Leonardo ...
Página 69
If this has not occurred previously , it is expected that the replacement of the
former governor of Sinaloa , Alfonso G. Calderon , in the Workers Action
Secretariat of the PRI , by Deputy Blas Chumacero Sanchez , will be made official
. This is a ... 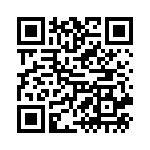