Raymond Leslie Williams is a professor of Latin American literature at the University of California, Riverside, where he has served as graduate adviser, chair, and dean. He specializes in modern Latin American fiction, with particular interest in the literatures of Colombia, Mexico, and Brazil. He has been Fulbright Scholar in Colombia, and his publications focus on the writings of Carlos Fuentes, Mario Vargas Llosa, and Gabriel García Márquez, as well as the literature of Colombia.
Raymond Williams is professor of Latin American literature at UC-Riverside and author of The Postmodern Novel in Latin America: Politics, Culture, and the Crisis of Truth (St. Martin's, 1997); The Modern Latin American Novel (Twayne, 1998); and The 20th Century Spanish American Novel: A Critical History (Univ. of Texas Press, 2003). 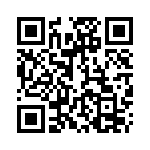