Página 24
A way to achieve permanent collaboration with the police as well as the armed
forces , " institutions that would act under the direction of the customs personnel ,
" is being studied . Asked about the recent murder of two customs agents in 24
Jul ...
Página 75
Hence , these provisions constitute a defeat of the government , which has finally
had to agree with the Armed Forces . ... the government's fear of overtly showing
its defeat , of showing that it was forced to correct itself , faced with the military ...
Página 76
Third , no member of the government , whether civilian or military ( in other words
, including the defense ministers ) , not ... Fourth , a legal nature is given to the
Plan for Interior Defense of the Territory ( DIT ) , whereby the Armed Forces , in ... 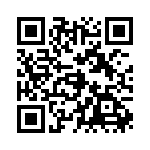