Página 50
... cocoa , tobacco , and dore ) will surrender foreign exchange to the commercial
bank concerned and will receive the incentive established according to the First
Resolution of the Monetary Board on 17 April 1984 , i.e. DR $ 0.48 per dollar .
Página 52
... the electoral process that has just taken place . Roberto Carpio Nicolle , who
engaged in an intensive campaign , house by house , in the southwestern part of
the country , headed his party's national ticket ; and , according to information ...
Página 62
Peamel Charles company's head office in New Kings- yesterday that one of its
members , a ton and , according to a source at the supervisor at the Old Harbour
stacompany , they physically assaulted tion in St. Catherine , Mr. Abe Bailey , the
... 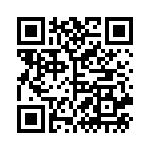