Very good book. Easy to read with minimal jargon. Oddly comforting to know they people react the same regardless of the pandemic! Leer comentario completo

This book is astounding in that although it was written in 2019, before the current Covid-19 pandemic, in describing human actions during previous pandemics, it predicts so many of the attitudes of ... Leer comentario completo

Steven Taylor, PhD, is a Professor and Clinical Psychologist in the Department of Psychiatry at the University of British Columbia, Canada. He received his MSc from the University of Melbourne, and his PhD from the University of British Columbia. His research and clinical work has focused largely on anxiety disorders and related clinical conditions, including fears and phobias, health anxiety, posttraumatic stress disorder, and obsessive-compulsive disorder. He has authored over 300 scientific publications and more than 20 books, which have been translated into many languages. His books include Understanding and Treating Panic Disorder, Treating Health Anxiety, and Clinician’s Guide to Posttraumatic Stress Disorder. He has also served as Editor and Associate Editor of several academic journals, including Behaviour Research and Therapy, Journal of Cognitive Psychotherapy, and the Journal of Obsessive-Compulsive and Related Disorders. He maintains a clinical practice in Vancouver, BC, specializing in mood and anxiety disorders. 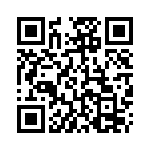