Página 6
We believe absolutely in the broadest participation of all the social forces , since here we have participational democracy . But we demand the right of the Latin American peoples to choose our paths ...
Página 26
The great potential of the ground forces in terms of numbers and in operational use is found in the roster of corporals , soldiers , and taifeiros ( rating between corporal and sergeant , no equivalent ) , with 154,495 enlisted men .
Página 27
According to the roster furnished by the Armed Forces General Staff , an organ of the Presidency of the Republic ... 1,365,912 youths were conscripted : 18,426 into the Navy , 28,582 into the Air Force , and 1,318,904 into the Army . 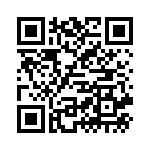