Página 6
The UP elected three of its senatorial candidates: Hernando Hurtado, with
Gustavo Osorio as a substitute, in Cundinamarca and Bogota; Jaime Montoya,
with Pedro Luis Valencia as a substitute, in Antioquia, and Pedro Nel Jimenez,
with ...
Página 7
... Senate and House, the secretary general of the Communist Party, Gilberto
Vieira, has been reelected as a full member of the House, while Hernando
Hurtado, who up to now has been Vieira's substitute, enters the Senate as a full
member.
Página 24
What difference is there between the amendments to the Contadora Act and the
Caraballeda message? Augusto Ramirez: At Punta del Este we said that the
Caraballeda message is not a substitute for the Contadora Act. On the contrary, ... 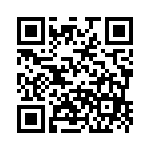