Página 3
... was 7.1602 million cubic meters , representing a 1 percent increase over the
figure for the same period last year . ... showing a 10.8 percent increase and a
23.8 percent decrease , respectively , in comparison with similar periods in 1980 .
Página 4
Exports On the other hand , during the quarter exports of solvents , gas oil , fuel
oil , asfalt , residual coal , gasoline and diesel oil rose to $ 159 million , a figure
twice that recorded for the same period last year . It is noteworthy , by way of ...
Página 19
... Construction Ministry during the current 5 - year period in the city of Havana , it
was announced during the first regular meeting in 1981 of the Havana City
Provincial Assembly of the people's government , The meeting was attended by
PCC ... 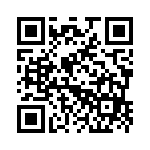