Página 22
In the meantime , a first vessel will be able to await the arrival of high tide outside
the area of operations known as Roadstead A. At present , the vessel loading
grain must await the incoming tide at Site 9 in order to leave port , that is , it has ...
Página 108
Subsequently , 220 , then 180 , and then 40 workers were laid off , until only 880
remain in its present work force . Logically , the workers who were laid off
received benefits with permanent compensation , that is , subsidies sufficient to
support ...
Página 119
The responsibility should be collective and should transcend the problems ,
some of which are explainable , such as the electoral campaign , or the present
economic limitations themselves . But we must not lose sight of the fact that
conditions ... 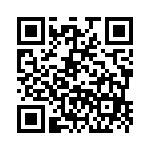