Página 8
1 his fears , the disputed material was relegated to notes placed in the back of the
book . 3 After the book appeared , Time magazine sent a photographer to my
apartment to take pictures for a review . However , the review was never
published ...
Página 14
In the period following World War II 17 , 600 titles of the belles - lettres appeared ,
making a total of 230 million copies . Translations of foreign literary works
amounted to 28 % of this sum , that means 5 , 300 titles . Of these translations 8 ,
5 ...
Página 15
In the same year Grapes of Wrath appeared , and later in three more editions . In
the following years East of Eden , The Red Pony , Tortilla Flat , The Moon Is
Down , Cannary Row , The Wayward Bus and The Pastures of Heaven appeared
in ... 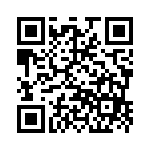