Página 24
When Pinochet suggested that he wanted to govern for another 8 years in Santa Juana last July , major sectors that back the government did not take a stand , such as the UDI [ Independent Democrat Union ] Union ] and the National Labor ...
Página 46
On the one hand , outside influence and pressure , especially from the United States , and on the other , the Church , Regarding American influence or pressure , above and beyond a discussion of its legitimacy , the major event in 1986 ...
Página 99
Or THE ABSENCE of a national plan has served as a major impediment to the process of Jamaica's development over the past six years , Chairman of the People's National Party , Mr. P.J. Patterson , Q.C. , said on Tuesday night . 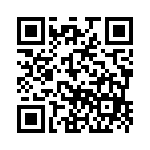