Página 73
No Alternative to Struggle and Broader Unity Between 1983 , when the first
national protest took place , and the strike on 2 and 3 3 July 1986 , one thing
became clear . Struggle and unity disrupt the dictatorship . In these years ,
whether during ...
Página 79
On the other hand , those who justify conciliation , citing the example of Spain
and pointing with some justification to the conduct of Adolfo Suarez , are
forgetting an essential thing . The Suarez process was possible after Franco was
gone , not ...
Página 119
Will they resign themselves to a military coup , perhaps ? Since that alternative
cannot be permitted , and since no other foreseeable and realistic alternative
presents itself , the appropriate thing , then , is to seek ways of cooperating that
do not ... 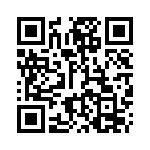