Página 5
( Excerpt ] ( Buenos Aires TELAM in Spanish 0227 CMT 29 Apr 86 PY ) ( 12913 ARGENTINE - CHILEAN ECONOMIC COMISSION -- Buenos Aires , 25 April ( DYN ) -- The Argentine - Chilean Binational Commission for Physical Integration and Economic ...
Página 6
Martini highliglted the positive results that were achieved during the meeting , which included naval officers from Brazil , Ecuador , the United States , Paraguay , Venezuela , Chile , Mexico , Uruguay , Colombia and Peru .
Página 52
Its origin is illegitimate , and much of its content is antidemocratic , especially its temporary articles . at present , the constitution has been imposed on us by force , not by the sovereign will of the Chilean people . 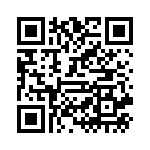