Página 27
GRENADA BLAIZE, GAIRY AIR VIEWS ON CURRENT POLITICS, ECONOMICs
Blaize on Political Atmosphere St Georges THE GRENADA NEWSLETTER in
English 7 Feb 87 p 2 [Text] Prime Minister Herbert Blaize has warned Grenadians
...
Página 29
"We have taken a new turn," Mr Blaize said, "and, by the grace of God, since the
elections of December 1984, we have been given a mandate by the people of
Grenada to lead them in the right path, trusting always in the guidance of the ...
Página 30
Referring to the launching of his trade union activities in 1951, Sir Eric says that, "
in spite of contradicting propaganda," Grenada's "liberation" occurred then. It was
then, he says, that, "for the first time in Grenadian history, the working class and ... 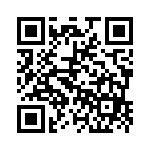