Página 52
4.2 Base Vectors and Basis It is assumed that the reader is familiar with the
concepts of the ordinary three-dimensional vector spaces. As a starting point,
recall that the position of a particle in a given cartesian coordinate system OXYZ
is given ...
Página 53
The x{ are the components of the vector x in this basis. For convenience, this
basis will be called the "u, basis" rather than by the more cumbersome
expression, "the basis in which the u, are the base vectors." A length may be
defined for the ...
Página 67
The base vectors u, are denoted by |i> and are called base ket vectors, or simply
base kets. The base vectors in the dual space, u,^, are called base bra vectors, or
base bras, and are denoted by <i|, the mirror image of the symbol for the base ... 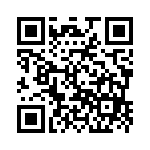