Página 103
There are some who are taking comfort in their hopes for a JLP reelection from
the fact that the PNP seems unable to rally large numbers of persons to mass
meetings . Two words of caution are in order here . The size crowds attending
mass ...
Página 117
JAMPRESS , quoting Sam McKay , the deputy commissioner of police in charge
of crime , said that in 1984 , some 1,094 acres of grown marijuana fields were
destroyed , 450,585 pounds of the drug seized , and 4,451 persons arrested .
Página 136
The PDM also needs to recruit more qualified persons * into its ranks , particularly
persons with a knowledge of the legal process , as well as those who have had
some exposure to political science , finance , cconomics and education . The old
... 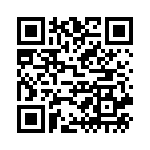