Página 75
... may become a reality. The president's statements are actually in favor of a real
democracy, that is, a political system in which there is no party virtually identified
with the government, nor use of government budgets for the benefit of that party, ...
Página 76
means that what is good, precisely because it is good and only because it is
good, becomes desirable, without having to ... So if the PRI planks, programs,
organization, and people are the best, then they become desired by the citizens
of ...
Página 80
... the left has become more strengthened by PRI's negligence than by any action
of its own, "because the government ... caciques'' traditional power; and therefore,
the people, repudiating them, have to become affiliated with the alternative ... 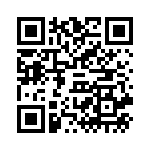