Página 71
The most prominent candidates so far are Federal Deputy Jorge Leite , who is
supported by most of the convention delegates ... The PDT has many candidates
, examples being Federal Deputies Bocayuva Cunha and Clemir Ramos and
state ...
Página 73
probably be ineligible , it will have to choose among five candidates : State
Deputies Roberto Requiao , Adhail Sprenger , and Ervin Bonkoski , Federal
Deputy Amadeu Geara , and Senator Eneas Farias . For the time being , all of the
PMDB's ...
Página 74
No one doubts that there will be a fight within the PFL , since the current secretary
of mines and energy , Gil Cesar Moreira de Abreu , is a candidate and will have
to compete with Mauricio Campos , a deputy and former mayor . So far , the ... 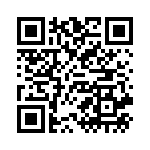