Página 28
Mrs Janet Bostwick and her husband , J Henry Bostwick , FNM , Senate Leader ,
represents the Cubans in the ... I have also represented PLPs , FNMs , Americans
and Germans , Englishmen , Colombians , Cuban - Americans that's my job .
Página 42
It is represented in the PT National Directorate . Within the PT , the MCR acts
together with ... This group now believes that the PT represents the first party of
masses controlled by workers in the history of Brazil . It commands some labor
unions ...
Página 124
27 May 1986 the Opposition in Parliament Basdeo Panday , while Chaguanas is
represented in Parliament by Winston Dookeran , said to be one of the
opposition's most astute MPB , especially in matters of economics and finance .
Caroni ... 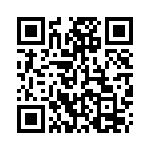