Página 3
Cole Hoyte and President Jaime Lusinch of Venezuela , in a “relaxed and cordial
atmosphere”, discussed, various political, economic and other issues. Both ex'
pressed their satisfaction with the outcome of the visit and President Lusinchi ...
Página 49
The pastoral instruction document entitled "The Political Dimension of Faith," of
the Monterrey archdiocese, released yesterday by Fr Hernan Gerardo Zambrano
Margain, chancellor, and Fr Miguel Alanis, director of the 10cal social and ...
Página 59
We promote Nicaragua's political relations with the world on the basis of a real,
existing potential, through which wills are united--sometimes those of
governments, in other cases those of parties, and sometimes those of social
sectors which ... 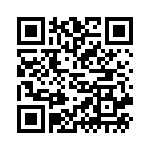