Página 27
In the name of the CTC , the Cuban union leader sent a greeting to all the
Mexican workers . CTC Leaders Meet with Officials of ILO L.A. Regional Office
Jose Luis Rodriguez , assistant director of the ILO Regional Office for Latin
America ...
Página 43
The dictatorship's repression during the previous two national protest days left 1
dead and more than 1,000 arrested , and produced the legal prosecution of the
union leaders who called the protests . Last night , the Chilean police arrested 7 ...
Página 88
We have to back our principal leaders , Commander Eden Pastora , Alfonso
Robelo C. and Brooklin Rivera , and support our group , ARDE . Our leaders are
fighting for freedom of the press , radio , organization , trade and religion , i.e. , for
... 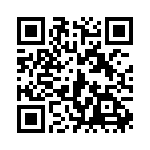