The best book I have read for the entire 21st century. Highly recommended to every single book lover. Leer comentario completo

I love reading Pinker - he is incredibly insightful and thought provoking. This book is something of a continuation of Better Angels, with the content broadened from violence to quality of life. As he ... Leer comentario completo

The common sense of the eighteenth century, its grasp of the obvious facts of human suffering, and of the obvious demands of human nature, acted on the world like a bath of moral cleansing. --Alfred North Whitehead

In the course of several decades giving public lectures on language, mind, and human nature, I have been asked some mighty strange questions. Which is the best language? Are clams and oysters conscious? When will I be able to upload my mind to the Internet? Is obesity a form of violence?

But the most arresting question I have ever fielded followed a talk in which I explained the common place among scientists that mental life consists of patterns of activity in the tissues of the brain. A student in the audience raised her hand and asked me:

"Why should I live?"

The student''s ingenuous tone made it clear that she was neither suicidal nor sarcastic but genuinely curious about how to find meaning and purpose if traditional religious beliefs about an immortal soul are undermined by our best science. My policy is that there is no such thing as a stupid question, and to the surprise of the student, the audience, and most of all myself, I mustered a reasonably creditable answer. What I recall saying--embellished, to be sure, by the distortions of memory and l''esprit de l''escalier, the wit of the staircase--went something like this:

In the very act of asking that question, you are seeking reasons for your convictions, and so you are committed to reason as the means to discover and justify what is important to you. And there are so many reasons to live!

As a sentient being, you have the potential to flourish. You can refine your faculty of reason itself by learning and debating. You can seek explanations of the natural world through science, and insight into the human condition through the arts and humanities. You can make the most of your capacity for pleasure and satisfaction, which allowed your ancestors to thrive and thereby allowed you to exist. You can appreciate the beauty and richness of the natural and cultural world. As the heir to billions of years of life perpetuating itself, you can perpetuate life in turn. You have been endowed with a sense of sympathy--the ability to like, love, respect, help, and show kindness--and you can enjoy the gift of mutual benevolence with friends, family, and colleagues.

And because reason tells you that none of this is particular to you, you have the responsibility to provide to others what you expect for yourself. You can foster the welfare of other sentient beings by enhancing life, health, knowledge, freedom, abundance, safety, beauty, and peace. History shows that when we sympathize with others and apply our ingenuity to improving the human condition, we can make progress in doing so, and you can help to continue that progress.

Explaining the meaning of life is not in the usual job description of a professor of cognitive science, and I would not have had the gall to take up her question if the answer depended on my arcane technical knowledge or my dubious personal wisdom. But I knew I was channeling a body of beliefs and values that had taken shape more than two centuries before me and that are now more relevant than ever: the ideals of the Enlightenment.

The Enlightenment principle that we can apply reason and sympathy to enhance human flourishing may seem obvious, trite, old-fashioned. I wrote this book because I have come to realize that it is not. More than ever, the ideals of reason, science, humanism, and progress need a wholehearted defense. We take its gifts for granted: newborns who will live more than eight decades, markets overflowing with food, clean water that appears with a flick of a finger and waste that disappears with another, pills that erase a painful infection, sons who are not sent off to war, daughters who can walk the streets in safety, critics of the powerful who are not jailed or shot, the world''s knowledge and culture available in a shirt pocket. But these are human accomplishments, not cosmic birthrights. In the memories of many readers of this book--and in the experience of those in less fortunate parts of the world--war, scarcity, disease, ignorance, and lethal menace are a natural part of existence. We know that countries can slide back into these primitive conditions, and so we ignore the achievements of the Enlightenment at our peril.

In the years since I took the young woman''s question, I have often been reminded of the need to restate the ideals of the Enlightenment (also called humanism, the open society, and cosmopolitan or classical liberalism). It''s not just that questions like hers regularly appear in my inbox. ("Dear Professor Pinker, What advice do you have for someone who has taken ideas in your books and science to heart, and sees himself as a collection of atoms? A machine with a limited scope of intelligence, sprung out of selfish genes, inhabiting spacetime?") It''s also that an obliviousness to the scope of human progress can lead to symptoms that are worse than existential angst. It can make people cynical about the Enlightenment-inspired institutions that are securing this progress, such as liberal democracy and organizations of international cooperation, and turn them toward atavistic alternatives.

The ideals of the Enlightenment are products of human reason, but they always struggle with other strands of human nature: loyalty to tribe, deference to authority, magical thinking, the blaming of misfortune on evil doers. The second decade of the 21st century has seen the rise of political movements that depict their countries as being pulled into a hellish dystopia by malign factions that can be resisted only by a strong leader who wrenches the country backward to make it "great again." These movements have been abetted by a narrative shared by many of their fiercest opponents, in which the institutions of modernity have failed and every aspect of life is in deepening crisis--the two sides in macabre agreement that wrecking those institutions will make the world a better place. Harder to find is a positive vision that sees the world''s problems against a background of progress that it seeks to build upon by solving those problems in their turn.

If you still are unsure whether the ideals of Enlightenment humanism need a vigorous defense, consider the diagnosis of Shiraz Maher, an analyst of radical Islamist movements. "The West is shy of its values--it doesn''t speak up for classical liberalism," he says. "We are unsure of them. They make us feel uneasy." Contrast that with the Islamic State, which "knows exactly what it stands for," a certainty that is "incredibly seductive"--and he should know, having once been a regional director of the jihadist group Hizb ut-Tahrir.

Reflecting on liberal ideals in 1960, not long after they had withstood their greatest trial, the economist Friedrich Hayek observed, "If old truths are to retain their hold on men''s minds, they must be restated in the language and concepts of successive generations" (inadvertently proving his point with the expression men''s minds). "What at one time are their most effective expressions gradually become so worn with use that they cease to carry a definite meaning. The underlying ideas may be as valid as ever, but the words, even when they refer to problems that are still with us, no longer convey the same conviction."

This book is my attempt to restate the ideals of the Enlightenment in the language and concepts of the 21st century. I will first lay out a framework for understanding the human condition informed by modern science--who we are, where we came from, what our challenges are, and how we can meet them. The bulk of the book is devoted to defending those ideals in a distinctively 21st-century way: with data. This evidence-based take on the Enlightenment project reveals that it was not a naďve hope. The Enlightenment has worked--perhaps the greatest story seldom told. And because this triumph is so unsung, the underlying ideals of reason, science, and humanism are unappreciated as well. Far from being an insipid consensus, these ideals are treated by today''s intellectuals with indifference, skepticism, and sometimes contempt. When properly appreciated, I will suggest, the ideals of the Enlightenment are in fact stirring, inspiring, noble--a reason to live.

What is enlightenment? In a 1784 essay with that question as its title, Immanuel Kant answered that it consists of "humankind''s emergence from its self-incurred immaturity," its "lazy and cowardly" submission to the "dogmas and formulas" of religious or political authority. Enlightenment''s motto, he proclaimed, is "Dare to understand!" and its foundational demand is freedom of thought and speech. "One age cannot conclude a pact that would prevent succeeding ages from extending their insights, increasing their knowledge, and purging their errors. That would be a crime against human nature, whose proper destiny lies precisely in such progress."

A 21st-century statement of the same idea may be found in the physicist David Deutsch''s defense of enlightenment, The Beginning of Infinity. Deutsch argues that if we dare to understand, progress is possible in all fields, scientific, political, and moral:

Optimism (in the sense that I have advocated) is the theory that all failures--all evils--are due to insufficient knowledge. . . .Problems ar 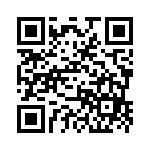