Página 2
When the space shuttles land , they produce an impact that is up to 10 times
greater than that of the big Boeing 747s . How could the American space shuttles
land there under those conditions ? There is not a shadow of a doubt , then , that
...
Página 114
... 40,000 persons leave their land in the interior every month to head for Mexico
City and the metropolitan - area municipalities adjacent to the Federal District ,
seeking better opportunities , especially now that the crisis has hit rural people .
Página 115
... small landowners and are not invaders . " The fact is , as one can plainly see ,
there is a lack of water , drainage , security , electricity , schools , markets , "
everything . ' Only the persistence of the settlers in clinging to the saltpetrous land
as ... 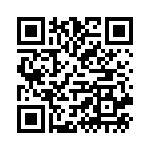