Página 27
Santa Catarina At first glance the damage is limited , since only three of the eight
federal deputies went with Senator Jorge Bornhausen , 47 , to the front . But as a
result of the lack of definition on the part of Governor Esperidiao Amin ( a " direct
...
Página 28
Of the 14 federal deputies in the party , it is only definite that eight will remain , for
example Maluf supporters Amaral Neto and Eduardo Galil . Espirito Santo and
Bahia Of the four PDS federal deputies , one , Stelio Dias , has already gone over
...
Página 29
Tarcisio Buriti , 46 , former governor and PDS federal deputy , has gone over to
the Liberal Front , from which he is ... Rio Grande do Norte Two federal deputies ,
10 state deputies , the prefect of Natal and six city councilmen in this state capital
... 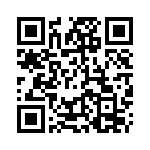