Página 60
These figures are still far from what could be considered normal, about 6 percent.
But they do represent an improvement over the situation during the nadir of the
crisis. In fact, in 1 ate 1982 and early 1983, the overt unemployment rate was ...
Página 76
In the case of milk, for example, the National Food Program (PRONAL) estimates
that, at present, nearly 40 percent of the population does not consume milk,
another 15 percent does so occasionally, and the rest, particularly the families
with ...
Página 77
JPRS-LAM-86-058 8 July 1986 In other words, according to data from the
Confederation of Mexican Workers [CTM] and the Labor Congress, 80 percent of
the economically active population earns from one to two minimum wages; 10
percent, ... 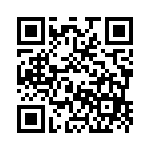