Página 9
According to the statement , some 37 delagates and observers from TUC affiliates throughout the Bahamas attended the Retreat held September 27 and 28 to discuss the state of the TUC and the nation . Unions participating were the Airport ...
Página 97
Further , “ if it is deregulated we would not be locked into a quotą system either , ” according to a spokesman . According to the bakers , they now have to buy 100-1b of flour . for $ 97.20 , up from $ 90 from the distrik utors .
Página 107
[ Text ] 7 The council , according to Dr. Munroe , would comprise representatives of the churches , the political , parties , the trade unions , the private sector and the professional associa- , i'cions , and would make decisions on ... 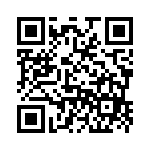