Página 1
This is an improvement , inasmuch as in 1983 10 countries showed drops in
industrial output , while the regional average was minus 4 percent . In 1983 Chile
posted a 3.1 percent growth rate , behind Argentina ( 10.8 percent ) , Haiti ( 5.6 ...
Página 12
The construction program , which is already under way , will help fruit growers in
particular , boost the economy of the Second Region and provide many jobs . on
The above was stated by Eugenio Bernales , the general manager of Dicaser ...
Página 81
... primarily diarrhea , measles , rubella , meningitis , and dengue , has been
declared by the regional MINSA and FSLN ( Sandinist National Liberation Front ]
officials and the Leon mass organizations in Region IT of Nicaragua , An appeal
has ... 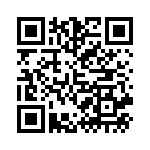