Página 38
taught to place all our art in adorning our outward forms."55 Since marriage was regarded as the only acceptable goal for a woman, schools were set up where girls were "trained. . .to get husbands."58 Maria Edgeworth— who, ...
Página 57
Many young boys of the working classes were , unlike their sisters , taught how to read and write . In fact , they were even taught Latin , though not so extensively as were boys of the upper class . But , most significantly , they were ...
Página 68
These Bible schools were frequently associated with schools of industry , where girls were taught spinning , weaving , knitting , sewing , cooking , and other skills needed at home or in domestic service . 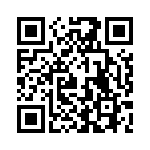