Página 14
Between the fourth quarters of 1983 and | 1984 , growth in real output of the
United States was 5.707 , following an increase of 6.37 the preceding year .
Encouraging though that performance was , the marked slowdown in the second
half of ...
Página 15
In addition , the very large deficits still in prospect may in the end undermine the
authorities ' commitment to moderate monetary growth , introducing the danger of
a resurgence of inflation in the United States , which would very quickly overspill
...
Página 17
Retail : sale , it is true , showed little growth , up by only 1.347 in the nine months
to December , 1984 compared with the same period in 1983 , a growth rate well
below the rate of inflation . The decline in tourism , however , had much to do ... 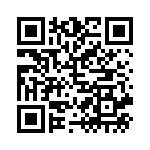