Kenan Malik is a freelance journalist, lecturer, and broadcaster specializing in issues of race, politics, and the Third World. He has been a regular contributor to such newspapers as The Guardian and Independent. 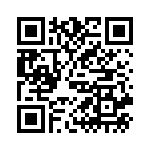