Página 76
There is no U.S. base in Honduras , while there are bases in Spain , Italy , or the
FRG . At Palmerola airfield , the commander in chief is Honduran , as are most of
the personnel . However , there is a greater presence of Russians and Cubans ...
Página 101
Funghi arrived in the country with the director of the Italy - Nicaragua Association
, Gianni Masetti , who observed that another of the commitments made during the
visit was to bolster the association , which is planning a series of activities to ...
Página 106
Extensive After his visit to India , where he will hold talks with Prime Minister Rajiv
Gandhi , chief of the Indian Government , President Garcia will visit the leaders of
Italy ( Sandro Pertini ) , France ( Francois Miterrand ) , and Spain ( Felipe ... 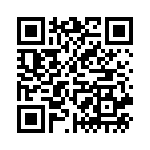