Judy Blume is the enduringly popular author of more than twenty books for young readers. Over 75 million copies of her books have been sold, and the Fudge books are timeless classics. Among Ms. BlumeÂ's many awards are the Margaret A. Edwards Award for Lifetime Achievement and the 2004 National Book FoundationÂ's Medal for Distinguished Contribution to American Letters. She lives with her husband, George Cooper, in Key West, Florida. 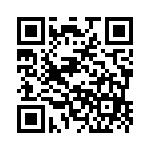