Paul McLaughlin is Visiting Lecturer at the Centre for Ethics, University of Tartu, Estonia. 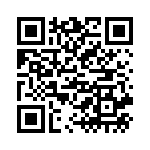