Página 29
It will be recalled that the director of the National Institute of Statistics , Alvaro Vial
, in comparing the results of the 1982 census with those from 1970 , said that
there had been progress in housing , electrification , water and sewage services
...
Página 73
It later met the Prime Minister of Barbados , Mr Bernard St John , and his aides ,
the leader of the opposition , Mr Errol Barrow , and his colleagues , the Executive
Director of the CAIC , Mr Pat Thompson and his aides , the Barbados Workers ...
Página 101
27 March 1986 NICARAGUA BRIEFS NEW ANIA OFFICERS -- The Nicaraguan
Association of Engineers and Architects ( ANIA ) has announced that the boards
of directors of the four collegiate groups were elected last Tuesday at the ... 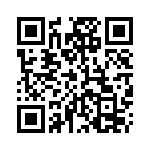