The Nazis created nature preserves, championed sustainable forestry, curbed air pollution, and designed the autobahn highway network as a way of bringing Germans closer to nature. How Green Were the Nazis?: Nature, Environment, and Nation in the Third Reich is the first book to examine the Third Reich's environmental policies and to offer an in-depth exploration of the intersections between brown ideologies and green practices.

Environmentalists and conservationists in Germany welcomed the rise of the Nazi regime with open arms and hoped that it would bring about legal and institutional changes. However, environmentalists soon realized that the rhetorical attention they received from the regime did not always translate into action. By the late 1930s, nature and the environment had become less pressing concerns as Nazi Germany prepared for and executed a global conflagration.

Based on prodigious archival research, and written by some of the most important scholars in the field of twentieth-century German history, How Green Were the Nazis? examines the overlap between Nazi ideology and conservationist agendas. This landmark book underscores the fact that the "green" policies of the Nazis were more than a mere episode or aberration in environmental history. 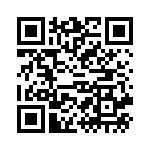