Pįgina 17 - Pratt defines the contact zone as "the space of colonial encounters, the space in which peoples geographically and historically separated come into contact with each other and establish ongoing relations, usually involving conditions of coercion, radical inequality, and intractable conflict ... By using the term 'contact,' I aim to foreground the interactive, improvisational dimensions of colonial encounters.
Aparece en 197 libros desde 1939-2008
Pįgina 20 - ... an artistically organized system for bringing different languages in contact with one another, a system having as its goal the illumination of one language by means of another, the carving-out of a living image of another language.
Aparece en 63 libros desde 1967-2007
Mįs
Pįgina 20 - Everything means, is understood, as a part of a greater whole — there is a constant interaction between meanings, all of which have the potential of conditioning others.
Aparece en 97 libros desde 1947-2007
Pįgina 17 - Ethnographers have used this term to describe how subordinated or marginal groups select and invent from materials transmitted to them by a dominant or metropolitan culture.
Aparece en 105 libros desde 1992-2008
Pįgina 19 - It is a mixture of two social languages within the limits of a single utterance, an encounter, within the arena of an utterance, between two different linguistic consciousnesses, separated from one another by an epoch, by social differentiation or by some other factor.
Aparece en 70 libros desde 1967-2008
Menos

Marilyn Grace Miller is Assistant Professor of Spanish and Portuguese at Tulane University in New Orleans. 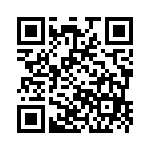