Página 3
... DIARIO DE CARACAS in Spanish 1 Oct 84 p 5 [Article by M. A. J [Text] A
multidiscipline expedition, with Venezuelan Armed Forces participation, will
leave in December from Buenos Aires for Quebec, Canada, following a river and
sea route.
Página 50
Thus, arrangements were made for NRP combined forces at control points and
along the most heavily traveled roads, with a view to preventing accidents, and,
between 3:00 and 8:00 pm, the peak hours when cars begin to return to the city of
...
Página 65
those "legal" invasions were backed by the tricolor party, the political force
carried more weight, as did the relations between the former municipal president
of Atizapan de Zaragoza, Joselito Huerta, and his close friend, Alfredo Leal.
Because ... 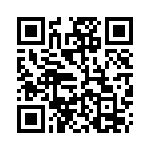