Página 25
The party is also strong in the province of Santa Fe , where Lisandro Viale , the
party's current vice president , will be the leading candidate for deputy . The party
will form coalitions with other forces in other districts in which its growth has made
...
Página 26
The people around the leader of the Intransigent Party say that the candidates
with the best chance of sharing the ticket are , in this order , Miguel Monserrat ,
Jose Pedro Aramburu ( the former provincial deputy from Rauch ) , leader Jose ...
Página 58
... Workers ) , labor leader ; Isaias Marchena , president of the CUT , labor leader ;
Jose Picado , deputy secretary general , farm workers leader ; Gregorio Bolanos ,
secretary general of the Puntarenas Labor Federation , port workers leader . 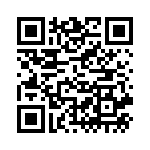