Página 76
... foreign relations , interior , communications , finance , economy , and energy
and mines , the national defense chief of staff , the secretary of intelligence and
national security , and other officials to be appointed by the president of the
republic ...
Página 89
Do you see a changing or improving of your present relations with the United
States ? HOYTE : Well , let me say this , that we had very cordial relations with the
United States until the incident in 1976 when the Cuban aircraft was bombed and
...
Página 103
He is replacing Col Hector Aplicano Molina , who will become director of the
Armed Forces Command and Staff School . Last Monday , Maj Jorge Alberto
Coello Moncada took over as head of Armed Forces Public Public Relations ,
replacing ... 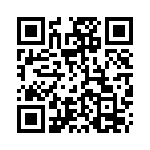