Página 12
Farah reported that work as a donation is being done in Nicaragua , Grenada ,
Guinea , Mozambique , Tanzania ( where it already has concluded ) , Laos and
Vietnam , and commercially in Libya , Angola and Iraq . He announced that ...
Página 15
Fifteen of those buildings are for youths and children of Angola , Ethiopia ,
Mozambique , Namibia , Congo , Guinea Bissau , Sao Tome and Principe ,
Saharan Democratic Arab Republic SDART and South Africa ( those from the
latter sent by ...
Página 16
Angola and Ethiopia were the first countries to send children and youths to study
in Cuba in accordance with bilateral agreements signed with the Cuban
Government . These two countries currently have the most students in Cuba with
a total ... 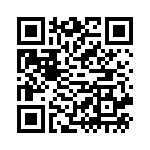