Página 57
of a In the view of the civil judge , Jose Gonzalez Gonzalez and Guillermo
Mendizabal failed to prove any of the statements made in the book to the
competent authorities , and they are therefore , under the terms of Article 1916 of
the Civic ...
Página 58
When I met him , " Gonzalez Gonzalez said in his account , " he was working as
bodyguard for one of the most notorious underworld figures Mexico has ever had
, one who was imprisoned , for various crimes , along with Hugo Olvera , in the ...
Página 60
The judge determined that all of the above , written by Gonzalez Gonzalez , also "
did injury to the honor , respect , reputation and private life of Arturo Durazo
Moreno . " All that Gonzalez Gonzalez wrote in his book , in the opinion of the
judge ... 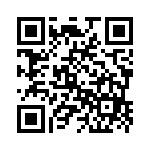